Here are some of the research lines without our laboratory. Please note that this is only a brief synopsis. For the sources of the ideas, please see our publications.

Central to many existing theories of emotion is the concept of specific-action tendencies – the idea that emotions prepare the body both physically and psychologically to act in particular ways. For example, anger creates the urge to attack, fear causes an urge to escape and disgust leads to the urge to expel. From this framework, positive emotions posed a puzzle.

Emotions like joy, serenity and gratitude don’t seem as useful as fear, anger or disgust. The bodily changes, urges to act and the facial expressions produced by positive emotions are not as specific or as obviously relevant to survival as those sparked by negative emotions. If positive emotions didn’t promote our ancestors’ survival in life-threatening situations, then what good were they? How did they survive evolutionary pressures? Did they have any adaptive value at all? 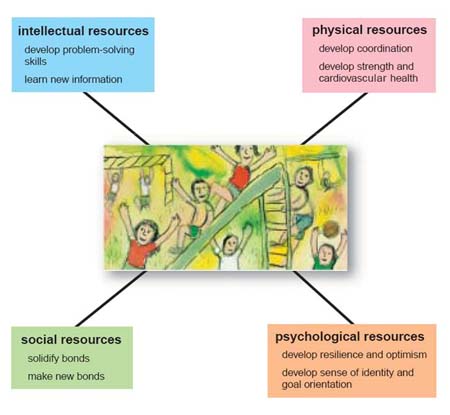 Barbara Fredrickson developed the Broaden-and-Build Theory of Positive Emotions to explain the mechanics of how positive emotions were important to survival. According to the theory, positive emotions expand cognition and behavioral tendencies. Taking issue with the view that all emotions lead to specific action tendencies, the theory argues that positive emotions increase the number of potential behavioral options. Instead, emotions should be cast as leading to changes in “momentary thought-action repertoires” – a range of potential actions the body and mind are prepared to take.

One central hypothesis, drawn from Fredrickson’s broaden-and-build theory, is the broaden hypothesis. It states that discrete positive emotions broaden the scopes of attention and cognition and lead to a widened array of thoughts and action impulses in the mind. A corollary to this hypothesis is that negative emotions shrink these same arrays. Several studies from our lab provide converging support for this hypothesis. 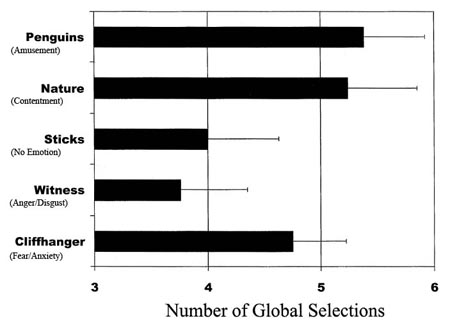 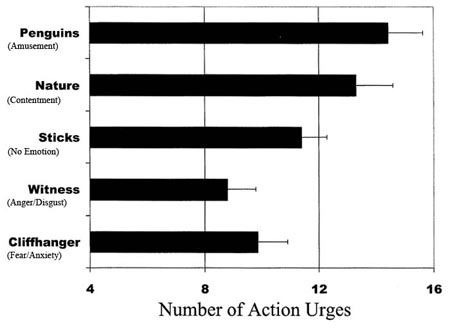 Inclusive Social Thinking: A highly robust finding is that people exhibit a tendency to recognize people of their same race better than those of a different race. The effect is referred to as the “Own-Race Bias” in face perception. In one of our experiments, Caucasian participants viewed Black and White faces and were later asked to recall if they had seen the faces previously. Additionally, by random assignment, they viewed a video to elicit joy, fear, or neutrality prior to the facial recognition task. Results showed that when we induce positive emotions in people, the own-race bias is is eliminated. 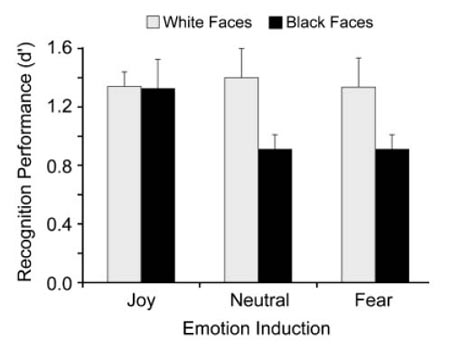 If we accept the premise that positive emotions broaden people’s mindsets what would be the purpose? The build hypothesis explains the functionality of positive emotions. Unlike negative emotions during which the body becomes prepared physically and mentally for immediate action, the adaptive value of positive emotions lies not in the moment, but over the long-term. From an evolutionary standpoint, the resources accrued through repeated experiences of positive emotions enhance the odds of survival and of living long enough to reproduce.

In one of our studies, we gave participants an acute stressor – the possibility of giving a public speech. As participants prepare for this speech, their bodies exhibit increased sympathetic nervous system activation (sweaty palms, increased heart rate, increased blood pressure). After a minute or so of this heightened state of arousal, participants learn that they don’t have to give the speech after all and instead view a randomly assigned video clip that generates a positive or negative emotion, or a state of neutrality. We measured the amount of time it took each person to recover from the anxiety about the possible speech. Results indicated that positive emotions led to a quicker return to a resting state than neutral or negative emotions. 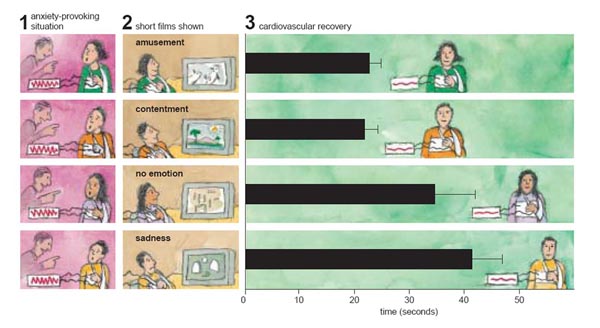